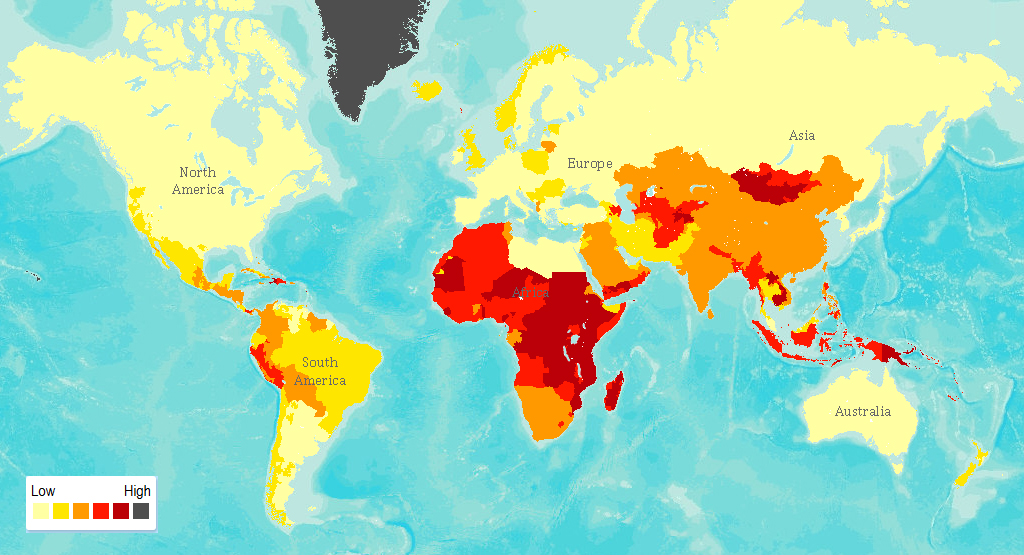 Water scarcity is the lack of sufficient available water resources to meet water needs within a region. It affects every continent and around 2.8 billion people around the world at least one month out of every year. More than 1.2 billion people lack access to clean drinking water.1

Access to water measures the percentage of population without access to improved drinking water sources. Higher values indicate areas where people have less access to safe drinking water supplies, and indicating high reputational risks to those using water in an inequitable way. (WHO UNICEF JMP 2010)

Water scarcity involves water shortage, water stress or deficits, and water crisis. The relatively new concept of water stress is difficulty in obtaining sources of fresh water for use during a period of time; it may result in further depletion and deterioration of available water resources.2 Water shortages may be caused by climate change, such as altered weather-patterns (including droughts or floods), increased pollution, and increased human demand and overuse of water.3 The term water crisis labels a situation where the available potable, unpolluted water within a region is less than that region's demand.4 Two converging phenomena drive water scarcity: growing freshwater use and depletion of usable freshwater resources.5 Water scarcity can result from two mechanisms:

Physical water scarcity results from inadequate natural water resources to supply a region's demand, and economic water scarcity results from poor management of the sufficient available water resources. According to the United Nations Development Programme, the latter is found more often to be the cause of countries or regions experiencing water scarcity, as most countries or regions have enough water to meet household, industrial, agricultural, and environmental needs, but lack the means to provide it in an accessible manner.6 Many countries and governments aim to reduce water scarcity. The UN recognizes the importance of reducing the number of people without sustainable access to clean water and sanitation. The Millennium Development Goals within the United Nations Millennium Declaration aimed by 2015 to "halve the proportion of people who are unable to reach or to afford safe drinking water."7

Sources:
CHECK OUT OUR CURRENT PROJECTS PAGE IN KENYATO SEE HOW WE ARE FIGHTING THE GLOBAL WATER CRISIS 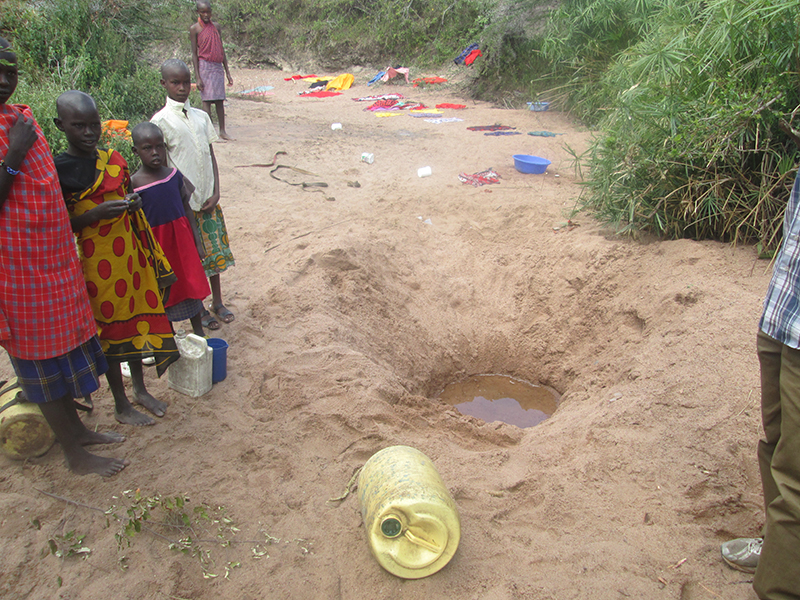 Adolescent Maasai boys & girls spend hours to collect water at this water hole for their families, a well for reliable and safe clean water would change everything!